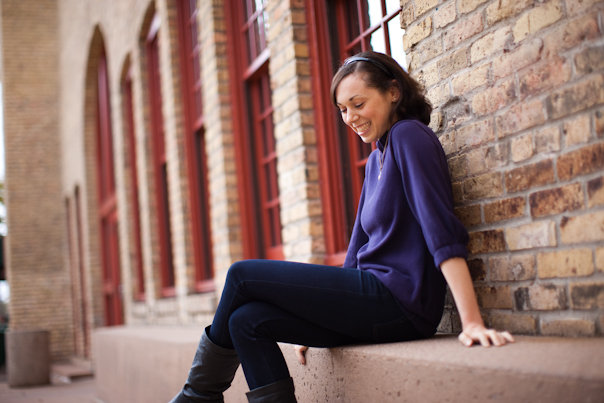 Louisville Public Media has hired Stephanie Wolf as 89.3 WFPL News Louisville’s arts reporter. Wolf will cover Louisville’s robust arts scene — from the big institutions to the neighborhood artists and in-between, focusing on a variety of forms including visual and performing arts, music, literature, film and design.

Wolf comes to WFPL News from Colorado Public Radio, where she covered arts and culture. Her stories have aired nationally on NPR’s “Weekend Edition” and “Here & Now.” Prior to that, Wolf was a producer for CPR’s flagship news show, “Colorado Matters.” A radio experiment at CPR in 2014 called “Radio Dances,” which re-imagined dance for the airwaves, cemented her love of audio storytelling.

Before picking up a microphone and field recorder, Wolf was a professional ballet dancer. She danced with Wonderbound (formerly Ballet Nouveau Colorado), the Metropolitan Opera, James Sewell Ballet and Minnesota Ballet. Wolf graduated from St. Mary’s College of California through a program that allowed her to earn her college degree in conjunction with her performing career.

“For years I’ve heard about how vibrant the art scene is in Louisville,” Wolf said. “I’m excited that I’ll soon get to experience that first-hand and share stories from that community.”

“Stephanie brings an impressive amount of deep reporting for radio and web on a variety of arts topics to WFPL, as well as previous experience as a working artist,” said Erica Peterson, WFPL’s Director of News and Programming. “We’re so excited to bring her on board and introduce her to Louisville’s arts community.”

Wolf’s first day will be March 23.