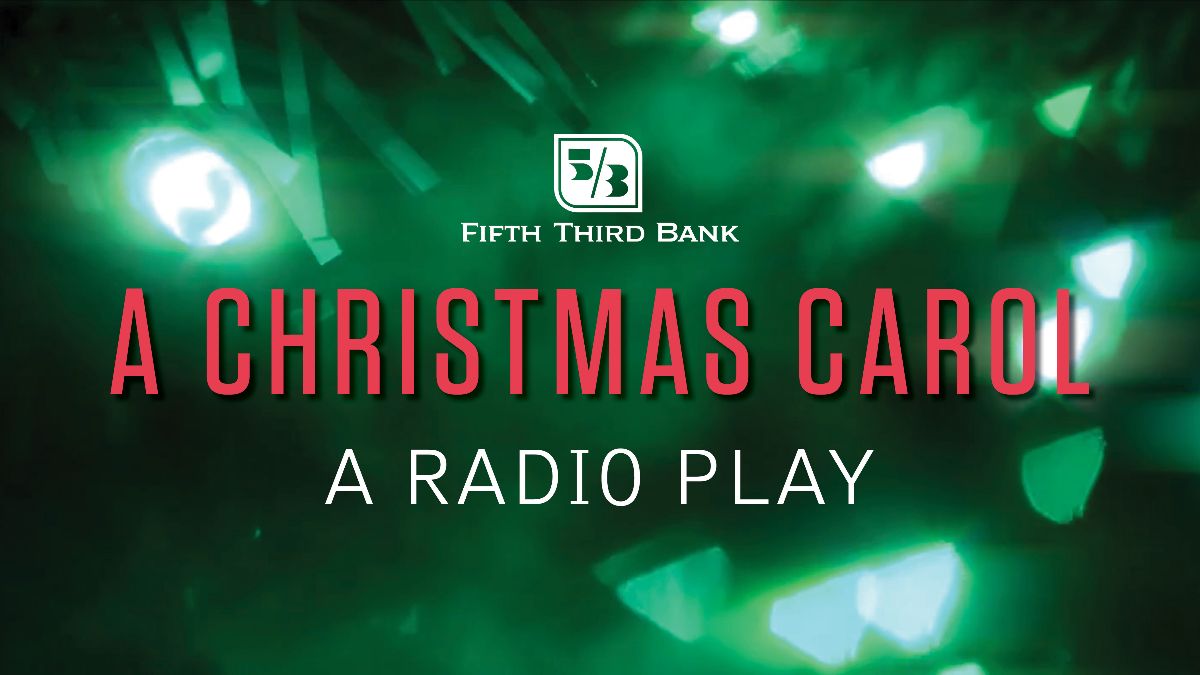 ACTORS THEATRE OF LOUISVILLE AND 89.3 WFPL TO SHARE A Christmas Carol: A Radio Play

Actors Theatre of Louisville is continuing a 45-year community tradition by releasing a new audio adaptation of Charles Dickens’s spirited tale. Brought to life by the Actors Theatre creative team in collaboration with award-winning radio professionals, this experience is infused with all the hearty laughs and abundant good cheer that make this story a cherished holiday classic.

Together with our partners at Louisville Public Media and Fifth Third Bank, this community-focused radio broadcast is designed to build connection and, hopefully, offer a pathway to combating the sense of isolation and hopelessness that has been wrought on Greater Louisville this year.”

“The pandemic has changed so much about our lives, including how we celebrate the holidays, WFPL Program Director Jonese Franklin said. “I’m very excited to partner with Actors to bring the radio play to our listeners, knowing that many of them miss not being able to see A Christmas Carol live on stage this year. I think the radio play will feel familiar to them and I hope they find comfort in it.”

Fifth Third Bank Kentucky Regional President Kimberly Halbauer shared, “For 26 years, Fifth Third Bank has been the Title Sponsor of A Christmas Carol at Actors Theatre, bringing the magic and spirit of the holidays alive in Kentuckiana. We are thrilled to support Robert Barry Fleming and the incredibly talented team at Actors for A Christmas Carol: A Radio Play as this timeless holiday tradition continues in this age of uncertainty and isolation. I know you’ll enjoy this creative, and screen-free!, holiday experience as much as my family and I have. Our partnership with Actors Theatre and the local small businesses participating in the ‘Carol At Home’ boxes should be a source of pride for this community. On behalf of Fifth Third Bank, we wish you a warm and wonderful holiday season!”

A Christmas Carol: A Radio Play Broadcast
Presented by Actors Theatre of Louisville and Louisville Public Media
Sponsored by Fifth Third Bank
December 22, 2020 at 7 p.m. EST
On 89.3 WFPL and online at WFPL.org