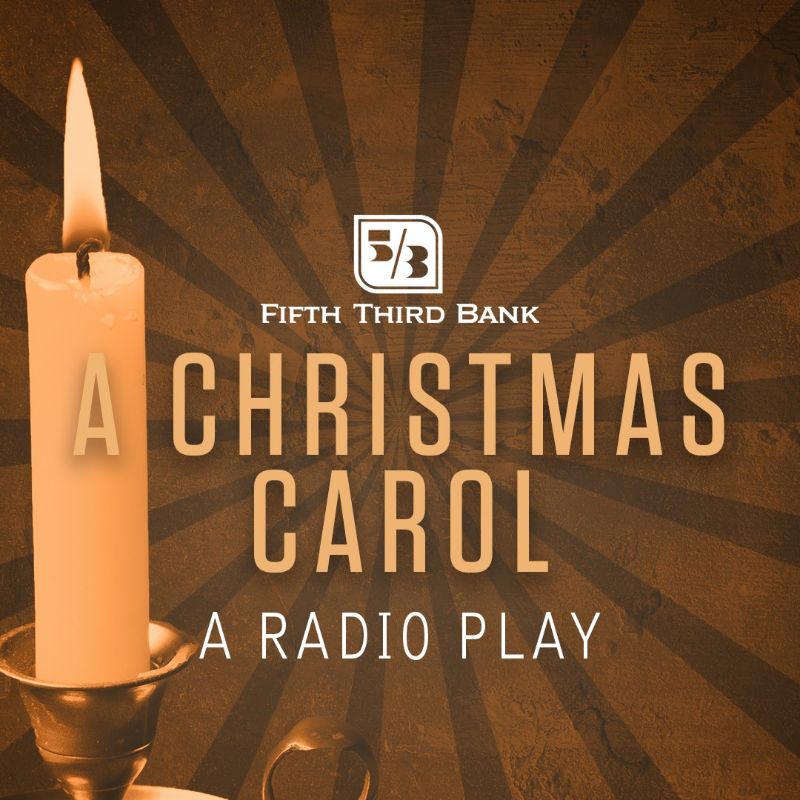 Actors Theatre of Louisville is continuing a 46-year community tradition by releasing a new audio adaptation of Charles Dickens’s spirited tale. Brought to life by the Actors Theatre creative team in collaboration with award-winning radio professionals, this experience is infused with all the hearty laughs and abundant good cheer that make this story a cherished holiday classic. This re-release of the streaming audio adaptation in collaboration with award-winning radio producers narrates Dickens’s tale on redemption, connection, and generosity.

Executive Artistic Director Robert Barry Fleming shares, “Attending A Christmas Carol is a beloved tradition for many Kentuckiana families, and this year, we’re continuing our exploration of old and new media in virtual reality and in-person lab productions alongside the re-release of our streaming adaptation, Fifth Third Bank’s A Christmas Carol: A Radio Play. We’re extremely pleased that we can, once again, share this live broadcast with our audiences in collaboration with our partners at Louisville Public Media and Fifth Third Bank. We hope you’ll tune in!”

“I’m thrilled to be partnering with Actors Theatre to bring the radio play to listeners again this year, WFPL Program Director Jonese Franklin said. “It’s a wonderful production and one that I hope is becoming a new holiday tradition for our listeners.”