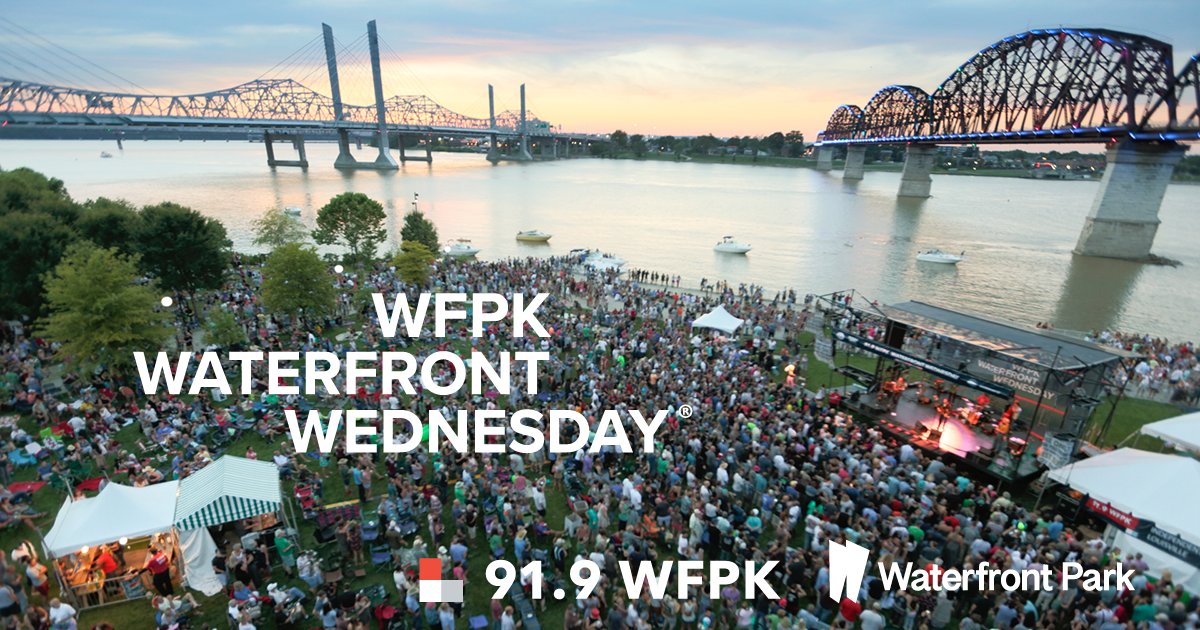 LOUISVILLE, Ky – 91.9 WFPK Independent Louisville and Waterfront Park are proud to announce the 19th season of WFPK Waterfront Wednesday. Louisville’s favorite concert series returns on Wednesday, July 14, with Houndmouth (9 p.m.), The Jesse Lees (7:30 p.m.) and Sam Filiatreau (6 p.m.). The 2020 season was canceled due to COVID 19. The 2021 season will include two events per month to make up for the delayed start.

“We’re so excited to gather again on the waterfront with our community of music fans, friends and neighbors,” said WFPK Program Director Stacy Owen. “The bands are thrilled to be part of a live performance event with you in attendance.”

“Throughout the last year, Waterfront Park has continued to welcome guests and provide a safe environment to get some fresh air and enjoy our nationally recognized park,” said Deborah Bilitski, President and Executive Director of Waterfront Park. “The return of WFPK Waterfront Wednesday is a real turning point and reason for the entire community to celebrate.”

COVID Safety
Providing a safe event for artists, attendees and staff is our top priority. We will continue to monitor and follow guidance provided by the CDC. Updates and information will be posted on WFPK.org/WaterfrontWednesday and shared on the WFPK Facebook page.

WFPK Waterfront Wednesday is produced by Louisville Public Media and the Waterfront Park. The event is made possible by the generous support of Passport Health Plan by Molina Healthcare, Republic Bank, Bulleit Bourbon and Miller Lite.

About WFPK Waterfront Wednesday®
Waterfront Park and WFPK first partnered in 2002 to produce an innovative concert series that showcased local and emerging national recording artists as heard on radio station 91.9 WFPK. Each free concert attracts audiences to enjoy music on the river in a family-friendly park atmosphere with a cash bar, local food trucks and upscale festival fare.

About Waterfront Park:
Waterfront Park is a treasured community asset and home to some of Louisville’s most exciting celebrations. Once a wasteland of scrap yards and heavy industrial uses, Waterfront Park is now a vibrant 85-acre green space that welcomes over 2.2 million visitors each year. As the most utilized urban park in the city, it’s a place where Louisville comes together to celebrate our unique sense of community. Waterfront Park is a non-profit public park made possible by the generosity of Waterfront supporters.  https://ourwaterfront.org